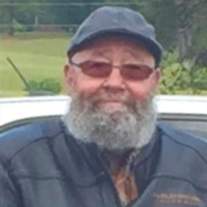 Stephen Lee White, 65, of Longview, passed away on Saturday, October 5, 2019. A celebration of his life will be held on Sunday, October 13, from 2:00 until 4:00 p.m. at Bubba’s 33, 200 E. Loop 281, in Longview. A son of the late Helen Harwell Ryan and Paul Gail White, Stephen was born on December 19, 1953, in McCamey, Texas. He attended schools in Hobbs, New Mexico, graduating in 1972. Stephen often joked about earning a doctorate from The School of Hard Knocks. He worked many years as a machinist and was a former branch manager at Mercer Valve. Stephen moved toLongview in order to live close to his beloved children, Jeramie and Stephanie. He enjoyed golfing, ridging his Harley and hanging out with the many friends he made wherever he lived. He will be dearly missed by all those who loved him. Along with his parents, Stephen was also preceded in death by his step-father, Val Ryan; a sister-in-law, Kathy Ryan; a grandson, Brad Wesley Foxworth; his daughter, Stephanie White; and his son, Jeramie White. He is survived by a sister, Jane Hahn and husband, Allen of Waco, TX; brothers, Paul White and wife, Gail of Wichita Falls, TX; and John Ryan of Lubbock, TX; and a sister, Susan White of Silver City, NM; three nieces; a nephew; several great nieces and nephews; along with a host of friends. Bigham Mortuary would like to extend our sincerest condolences to the Family and Friends of Stephen.
To order memorial trees or send flowers to the family in memory of Stephen Lee White 65, please visit our flower store.