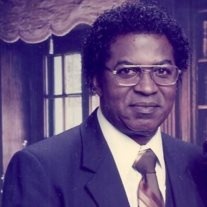 Service for Mr.Lacy Spencer,95 of Longview will be 12:noon.Saturday,February 15,2014 at Growing Valley Baptist Church,Longview,Tx.with Rev.Dr.Kelvin Lynch,officiating Bed of Rest will follow at Jordan Valley Memorial Park.Under the caring hands of Bigham Mortuary. Lacy was born April 10,1918 in Hallsville,TX to the parentage of the late Mr.George and Mrs.Mary E.Williams Spencer.Lacy was the eleventh child of twelve children born to this union. On Friday February 7,2014 at his residence Lacy answer his Lords call. Lacy received his formal education in the Harrison County Public School system.He labored on his father's fifty acre farm,harvesting cotton,peas,corn and peanuts.On March 23,1943,Lacy was drafted into the United States Army,where he served his country proudly.Lacy also served during World War II and was stationed in the Southern Philippines and New Guinea.He remained in the United State Army until he was honorably discharged on February 15,1946.He received many honors and medals,including World War II Victory,Asiatic Pacific Theater,American Theater, and Good Conduct. Lacy met the love of his life,Mrs.Bernice Collins and they were united in Holy Matrimony on July 10,1944,whee they remained devoted and faithful for fifty-three years until her passing on December 25,1997. At an early age,Lacy accepted Christ as his personal Lord and Savior.He was baptized and join Lillie Hill Baptist Church.Upon his return from the U.S.Army,he united with Growing Valley Baptist Church in 1946 under the leadership of the late Reverend S.M.Houston.Lacy demonstrated the love of God and his love for God.He loved his church and pastors.Lacy was a chartered member,who served faithfully on the Board of Trustees and the Usher Board.He was a devoted servant for over sixty-eight years. Lacy was employed as a Maintenance Engineer for Alpine Church of Christ in Longview,Texas where he retired after many years of service.He was blessed tosee the first African American President,Barack Obama elected twice,which he was very proud of and honored greatly. He is preceded in death by his wife,parents,and eleven siblings. Lacy leaves behind a rich and fruitful heritage in his loving nieces,nephews,cousins,sister-in-law,best friend,The Growing Valley Church family and multitude of friends.
To order memorial trees or send flowers to the family in memory of Lacy Spencer, please visit our flower store.