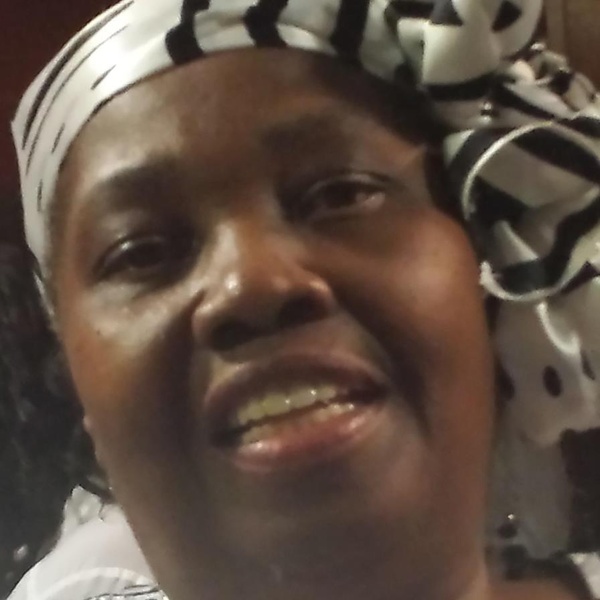 Sunrise Juanita King Jackson “Noonie” was born January 12, 1949 to the proud parents of the late Roger Lee and Myrtle Lee Faggett King in Longview, Texas. Education She received her education from Mary C. Womack. Family and Romance She united in Holy Matrimony to Eddie G. Jackson. This union was blessed with a lovely daughter. Career and Hobbies Juanita worked at Longview Manufactory in her early adult years and later found her true calling to cook at various nursing Homes, she really enjoyed cooking. Spending time with her friends, family and checking on the elderly in the community was her true joy. Love Ones Waiting at The Gate Her Parents, daughter Zelda Jeanette King and sister Jewel Lloyd. Forever in the Hearts of Daughter, Christine Jackson of Longview; grandson, Dezmund Thomas of Longview; brother, Leroy King (Betty) of Longview; sisters, JoAnn Bush of Carsion, California, Margarette King of Dallas, Texas, Lessie Handy of Las Vegas, Nevada; nieces, Cynthia Murrell (Dimitri), Valda Lloyd and Tamiko Lioyd; nephews, Carwin King, Ronnie Lioyd, Leroy King Jr. (Patricia), Shawn Lawson (Dionne) and Adrian Davis (Tameka) and a host of great nieces and great nephews, other relatives and friends. Bigham Mortuary would like to extend our sincerest condolences to the family & Friends of Juanita King Jackson.& We would like to take this time to thank them for allowing The professionals of Bigham Mortuary to care for them and Mrs.Jackson
To order memorial trees or send flowers to the family in memory of Juanita King Jackson 71, please visit our flower store.