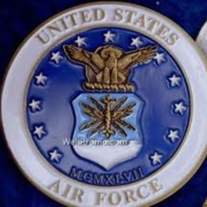 Jerry Lee Varelman Age 74 of Longview, Texas died on December 18, 2015.Jerry was born in Lost Spring, Ka on January 12, 1941. He was born to John and Clara was a funny, witty, intelligent man who loved his yorkies. He lived his life in the moment. He is preceded in death by his parents John Varelman and Clara Kittle, and son Eric Varelman. Jerry served his country in the U.S.Airforce He retired in 1998 from Texas Highway Department Jerry is survived by his son Lee Varelman “Carrey” of Healdton, Ok: Niece; Cathy Mount “Garry” of Longview, TX, and Janet Bean of Longview, TX. 3 Grandsons; Randy, Daylon and Camlann. Jerry legacy was the family he left behind.
To order memorial trees or send flowers to the family in memory of Jerry Lee Varelman, please visit our flower store.