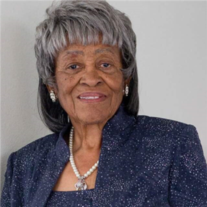 Born in Longview, Texas on April 10, 1935,the second born to the union of Sidney and Tennie C.Rhoden Torrey,Inell grew up in East Texas.Inell graduated from Fredonia High School and moved to San Diego in 1951,where she pursued a career in the medical field as a Licensed Vocational Nurse,Inell was active member of Macadonia Missionary Baptist Church in San Diego. Inell mothered five children ,Irene Guice of Kilgore ,Texas, Sidney Conrad, who preceded her in death, Constance (James) Percy of San Diego, Carolyn (Mark) Shields of Lake Elsinore, and Charles (Victoria) of Redlands. She is also mourned by 12 grandchildren,15 great-grandchildren. Inell is preceded in death by two brothers Henry and Charles Torrey and is loved by her 4 surviving siblings: Mary Lee Brown, Betty (Curtis) Dudley and Alice Torrey Simmons of Longview, Texas, and Sidney Torrey of Beaumont, Texas. She will be remembered by a host of nieces and nephews, extended family, friends and neighbors.
To order memorial trees or send flowers to the family in memory of Inell Torrey Marshall, please visit our flower store.