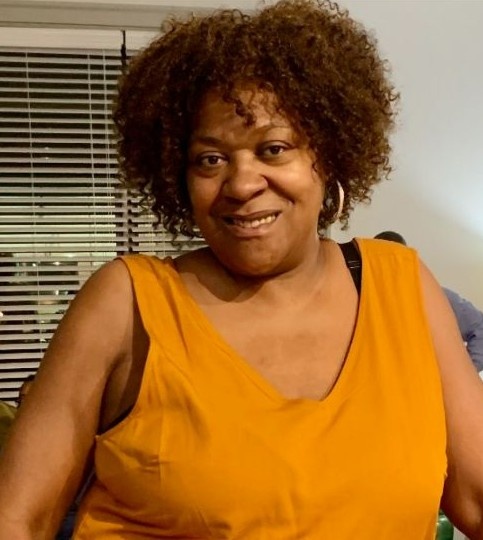 Carmen Gayle was born as Carmen Rochelle Jackson on July 10, 1965, to Shirley Jackson. Carmen accepted Christ at an early age and was baptized at Growing Valley Baptist Church when she was 9 years old. She attended Longview Public School System and graduated from Longview High School in 1983.

She attended the East Texas State University ( n/k/a Texas A & M University-Commerce) and graduated with a bachelor's degree in 1988. When attending East Texas State Carmen joined the Zeta Phi Beta Sorority and remained an active member thereafter. Following graduation from college, Carmen initially worked as a substitute teacher and later secured a job with the Texas Department of Human Services in 1992 and worked as a Social Worker there for 10 years, until she retired in 2006 because of becoming blind. Carmen married in 1996 and out of this union her son Xavier Patrick Gayle was born.

Carmen was an avid reader who also loved music, dancing, and gathering with family and friends. Even with impaired vision, she managed to fulfill her love of reading through audiobooks. She had a great sense of humor and was always willing to lend a helping hand to family, friends, and anyone. She was kind, generous, and had a big heart. She maintained her good nature despite the many health challenges she faced beginning with her blindness. To know Carmen was to love Carmen! EVERYONE LOVED CARMEN! She was the best daughter, sister, mother, niece, cousin, aunt, companion, and friend to everyone who had the pleasure of being in her circle.

Carmen is predeceased by her grandparents, Tepoleon and Evia Lee Jackson, and her two older brothers, Gary Jackson, and Marques Jackson.

Please keep the Jackson family in your prayers.

To order memorial trees or send flowers to the family in memory of Carmen Jackson Gayle 56, please visit our flower store.