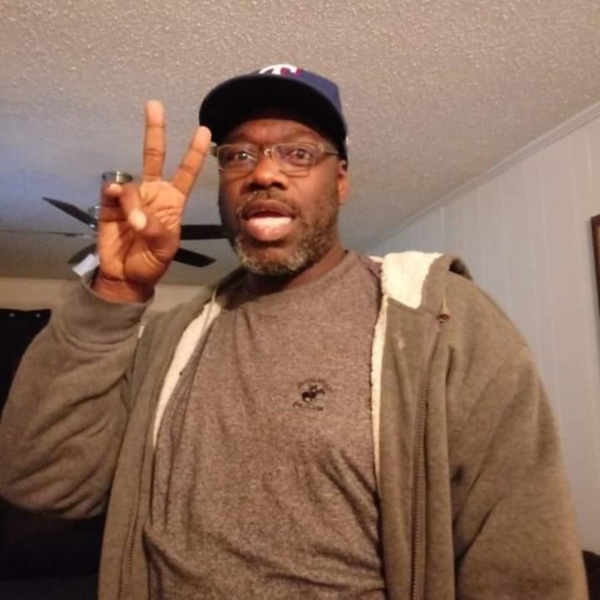 Dayon Paul Martin was born to Moretta King and Norman Martin on February 14, 1962 in Hallsville Texas and delivered by midwife. Dayon’s mother passed away when he was 10 years old and he was raised by his grandparents Albert and Jessie King of Hallsville Texas. His grandparents loved him dearly and gave him all they could. He was truly the apple of their eye. He gave his life to Christ at an early age and became a member of Galilee Baptist Church in Hallsville Texas. Dayon received his education in the Texas public school system and attended Hallsville High School where he played football. He graduated on May 25, 1979. Following the passing of his grandparents, Dayon made his way to California where he lived for a short while with his brother Bennie Rose II, and his Uncle Albert King Jr. During his time in California, he worked at his uncle’s service station. After returning to Texas, he lived between Dallas and Longview the remainder of his life. Dayon entered into eternal life on Friday June 19, 2020 at the age of 58. He was preceded in death by his mother Moretta King, his grandparents; Albert King Sr. and Jessie King, and his brother Bennie Lewis Rose II. Those left to cherish his memories are; his daughter Marquetta Fowler of San Diego, California, his uncle Albert King Jr of Los Angeles, California, his aunt Earlean King of New Orleans, Louisiana, his nephew Bennie Lewis Rose III of Victorville, California, his nieces, La Gina Rose of West Covina, California, Latrice Lewis of Covina, California and Tier Rose of Federal Way, Washington, his cousins Lois Ann King of Los Angeles, California and Sharee Williams of New Orleans, Louisiana and a host of great nieces, nephews, cousins, other relatives and friends. Bigham Mortuary would like to extend our sincerest condolences to the family & Friends of Dayon Paul Martin & We would like to take this time to thank them for allowing The professionals of Bigham Mortuary to care for them and Mr.Martin DUE TO COVID 19 WE WILL BE FOLLOWING CDC GUIDELINES
To order memorial trees or send flowers to the family in memory of Dayon Paul Martin (58), please visit our flower store.