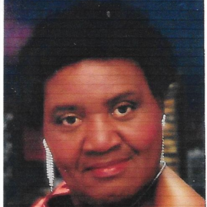 A Praise and Worship Celebration for Reverend .Bennie Jean 'Sirls' Siegh will be held Monday March 6, 2017 at Lewis Chapel C.M.E Church with Rev.Lonnie Bell Jr. officiate. Bed of Rest will be in Lewis Chapel Cemetery under the professionals of Bigham Mortuary. Rev. Siegh answer her Lord and Savior on Tuesday February 28, 2017. A Time to be Born : Born as Bennie Jean Sirls to Jesse and Annie Bates Sirls, she made her debut into the world on January 27, 1932 in Longview, Texas. She was the only female child to the couple. She was an avid reader and world –class cook. A Time to Plant and a time to pluck that which is planted : Bennie Jean attended Northside Elementary School, then on to Mary C. Womack . She continued to pursue her education by attending Texas College in 1958 where she graduated Cum Laude with a B.A. Several years later, she returned to pursue her Masters at Stephen F. Austin State University in 1989. She also attended the Interdenominational Theological Center at Phillips School of Theology in 1998. She became a certified teacher where she taught at East Ward Elementary, Ware Elementary, Foster Middle School, Pittsburg Intermediate and Pittsburg Primary, all totaling up to a teaching career that lasted 37 years. Her greatest honor was accepting the call of fellowship from God and became ordained to preach in 1994. Her theological career consisted of pastoring at her beloved, family church, Lewis Chapel CME, New Haven CME, Mount Comfort CME, Mount Zion CME and Associate pastor at Ezelle Chapel CME, where she was retired by Bishop Henry Williamson in July 2010. A Time to Love: On March 10, 2001, Bennie Sirls joined her long- time admirer, Singleton Siegh in holy matrimony at Lewis Chapel CME Church, where the service was officiated by Bishop Marshall Gilmore. They were blissfully happy and loved each other deeply. The union was only parted by Singleton’s death in 2004. A Time to Die: On February 28, 2017, Bennie Sirls Siegh passed away at Longview Regional Hospital after battling with pneumonia and flu. A Time to Weep, a time to mourn: Bennie Sirls Siegh was a loved individual. She was preceded in death by her parents, Jessie & Annie Sirls; husband, Singleton Siegh and brothers Tracy Duane Sirls, & Grady Sirls; sister–in-law, Betty Sirls. She is survived by her brother, Edward Sirls Sr.; two daughters, Vernetta June Lockridge, Ronne Colette Adams; one son-in-law, Va’Shawn Adams; five grandchildren, Eston Tyree Dixon, Ronica CaShel Dixon, Kenna Shea Dean, Cortni Adams, Keinan Adams; one great-grandson, Semir Lares; two nephews, Edwar Sirls Jr and Tracy Alan Sirls, one niece Joanne Hines; and a host of cousins, other relatives, families and friends.
To order memorial trees or send flowers to the family in memory of Bennie Jean 'Sirls' Siegh, please visit our flower store.